A guitar plays with soft Andalusian influences. Then a flute joins in with a gentle melody. The camera pans across the Nubian pyramids in Meroë, an ancient site near Khartoum, before Nancy Ajaj – Sudan’s favourite singer – takes centre screen. With kohl around her eyes, a keffiyeh around her neck and magenta hair framing her angular face, her voice, hitting soprano notes, seamlessly flows into the music.

Previously aired on Khartoum’s Ashorooq TV channel, Ajaj’s music video for ‘Ghourba’ now has thousands of views on YouTube, but it still doesn’t compare to her better known hits like ‘Ya Zamen’, which has a quarter of a million hits.

Nonetheless, the power of ‘Ghourba’ transcends language barriers; it’s soft and folkloric, evocative of birdsong, and Ajaj’s voice is one of sadness as she sings about a forlorn romance. Loosely translated, ‘ghourba’ is an emotional state entered when in an unfamiliar place, like that experienced by someone living outside of their home country. Displaying her knack for word play, Ajaj uses ‘ghourba’ to express the external unfamiliarity she’s suddenly faced with while waiting for a lover in the street. ‘I’m so sure,’ she sings, ‘my heart tells me you’re going to come to me.’

Although she’s now based in Khartoum, Ajaj was born in Omdurman in 1979 to a musical family. ‘My father was a keyboard player and when I was young, I would only sing to myself or with my sisters. He would compose music – it was a daily activity. But I didn’t know then that I would become a singer. I thought if anything, I’d be a keyboardist too,’ she says. Her discography now includes three albums and around 35 songs. Her fame has been a long journey that culminated in a burst of celebrity in 2006, and today, she’s a household name in Khartoum.

As a child, she never sang for an audience. Uncomfortable with the attention, she only sang on her own while completing household chores. ‘I used to be very shy,’ she says, ‘because my father was very critical and I didn’t want to hear any disapproval. But I was always that person listening to music for eight or nine hours a day, especially the old Sudanese classics,’ she adds, referring to her love for Sudanese pop singer Ibrahim al Kashif.

It wasn’t long before the events that would ultimately cement Ajaj’s future would begin to transpire, however. Before the family’s move to the Netherlands in 1999, her father overheard her singing. ‘I was doing something – I forget what – but when I opened the door to the room, I saw my father standing there silently, listening to me. I used to be very shy – if he came into the room, I would stop doing whatever I was doing,’ she says. ‘He asked me if I wanted to sing, and I told him, “Yes, I do.”’

In the Netherlands, the father and daughter began practising together while Ajaj continued her studies at Erasmus University. They worked on covers of songs like ‘Aza Fe Hawak’, and began performing at private parties. ‘For the Sudanese, it’s a bit different,’ she explains. ‘Professional singers usually perform only at wedding parties and so on, so we kept to that.’

Between 2000 and 2006, Ajaj stopped performing entirely. ‘I had my son and was going to university,’ she says. It was a chance invitation to Sudan to perform at a one-day event, Women Sing for Peace, that lured Ajaj back on to the stage. An unknown face among the sea of rising pop stars, Ajaj’s songs for Sudan and a cover of Kashif’s ‘Wada’an’ established her newfound fame the moment she picked up the microphone.

‘It all started on that day,’ she says. ‘I can remember it very well because I really didn’t know what the reaction would be, but there was a direct answer – the audience loved it. They were applauding and standing on their chairs. It felt fantastic and gave me so much confidence.’ 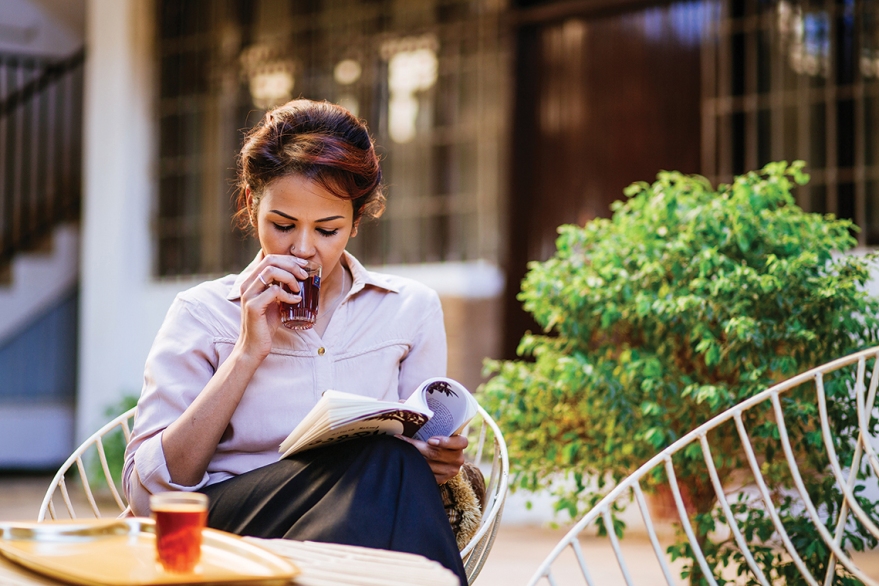 Over the following decade, Ajaj recorded albums and shuttled back and forth to Sudan for performances, interviews and television appearances. She’s lived in the Netherlands, Canada and the UAE, but has now officially settled back in Sudan. ‘There isn’t one song that propelled me,’ she says. ‘It was 10 years of work, so every two to three years, I’d have a popular song. But after my third album ‘Moja’, I released four covers and a couple are still hits.’

Between ‘Sehr Al Nagam’ and ‘Refga’, her first two albums, and ‘Moja’, Ajaj’s popularity soared, especially among the Sudanese diaspora. Often singing about her love for the African state, the nostalgia expressed in her music echoes deeply with her avid listeners. ‘She is one of the few artists that have the ability to recreate old Sudanese music in a new way and manage to keep it intact,’ says Amal Alfadil, a Sudanese business graduate in the UAE. ‘All this, while producing her own music and maintaining the original flavour.’

‘I always sing songs for the motherland, and for its history,’ Ajaj adds. ‘It’s something that developed within me after feeling so far away. I think people feel that I’m one of them and I’m singing the songs that they want to hear.’ A quick listen to her songs, like ‘Andrea’, ‘Al Maseer’, ‘Shgi w Magnoon’ and ‘Hanin’ (composed by Ajaj herself), expose her many influences. From Afro jazz to Arabic tableh to slam poetry, her music is as eclectic as her hometown. 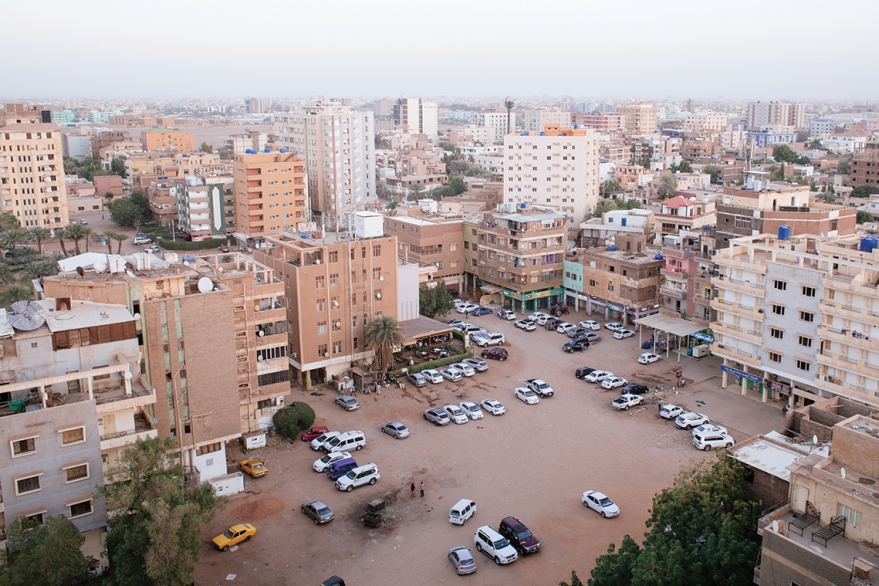 The relocation to Khartoum has given her more time to spend on her music, and she’s set up her own band with guitarist Ahmed Carlos, bassist Khalid Abdeen, keyboardist Tarig Omer and percussionist Hamdi Abbasia. ‘Now I can say I have my first official band,’ she beams. Today, her official Facebook page has more than 50,000 followers, while her YouTube channel has attracted millions of viewers. Trying to keep up, Ajaj is working on a number of different projects, ‘all singing in one way or another’. She’s pencilled in a Middle East tour for the upcoming year, as well as a tour in Sudan.

‘Usually, I only perform in Khartoum,’ she says. ‘I’ll also be collaborating with other musicians for a concert at the National Museum of Sudan in March, which will focus on our history and I’ll dress in the traditional Sudanese costume. Usually, I dress how I want to – I don’t like to wear costumes, but this time I will. It’s going to be a big night.’

Initially shy about upcoming tracks, Ajaj is looking forward to the year ahead. With her mother and sister also based in Khartoum, she’ll be busy with family as she continues to work. ‘I’m happy – yes. Every time I develop musically, I feel like I become more responsible, and when I hear the nice comments from my fans, and the confidence they have in me and in the music, well, it gives me my energy.’

This article was originally published in the March/April 2016 issue of Brownbook magazine. Photo credit: Ala Kheir.