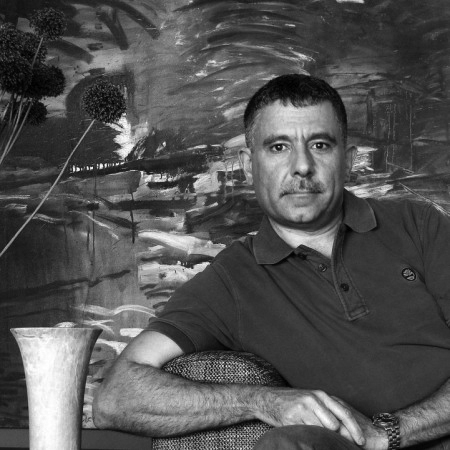 “I discovered as a child that I was interested in the earth – in the land,” said Ammar Khammash, an architect, academic and artist based in Amman. “When I was in high school, I started to paint landscapes mostly with watercolour. It was traveller’s art, meaning I’d go to a site and understand the landscape and nature through painting it. Painting was like a systematic way of understanding something.”

Though he still paints today, Khammash is largely known for his work through his studio Khammash Architects. Dotting the Jordanian and neighbouring landscapes, his projects span different fields, from hospitality to education, residential to the public sector. His portfolio of buildings includes the Wild Jordan Center, the Royal Academy for Nature Conservation, the Darat Al Funun workspace and the Columbia University Middle East Research Center in Amman. 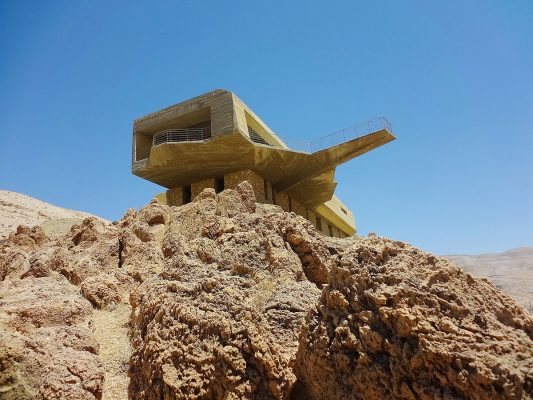 Having studied architecture at Indiana University in the early 1980s, Khammash went on to work with various institutions, but it wasn’t long before he’d return to academia to further his understanding of Middle Eastern history, societies and cultures, from Palestine to western Saudi Arabia.

“I realised that at a certain point architecture doesn’t supply you with the set of tools that I was looking for, so I enrolled in a master’s programme to study archaeology and anthropology,” he said of his two-year experience at Jordan’s Yarmouk University. “There, I was able to acquire the tools I needed to read the existing landscape. I could now understand things like kinship and how family connections shape elements like the courtyard. I learned about nomadic and sedentary lifestyles. It gave me a new way of seeing the land.”

Keenly interested in building materials as well and their different applications throughout history, Khammash would often examine the value and intelligence of material – from Jordan’s plentiful limestone to Iraq’s burnt riverbed brick. And his architectural projects manage to combine and reflect all of his interests. Made from earthly materials sourced from surrounding environments, featuring forms that blend into the rolling hills of the outskirts of Amman but that still pierce the stillness of the desert land, Khammash’s buildings demand to be understood – and they demand you pay attention to the greater site itself.

“All that wealth of knowledge combined with how to be in terms of material and shapes — for me, all of that becomes architecture. I become a draftsman under the hand of the site once I understand it through all of these disciplines,” he said. After graduating from Indiana University, Khammash unofficially launched his architecture firm. It was around 1988, and his office was his backpack. “I was a nomadic architect,” he said, “writing proposals to different potential clients to do work on archaeological or cultural heritage sites, and most of the time I was getting these jobs and the funds I needed.” 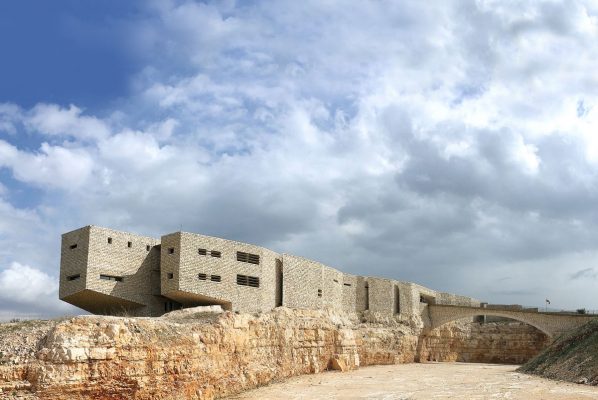 The first 10 years of Khammash Architects saw mostly renovation work on archaeological sites, like the Church of the Apostles in Madaba, which consists of a rebuilt Byzantine church, and the Dana Guesthouse, which sits amidst the dramatic cliffs of Jordan’s Dana Biosphere Reserve. His buildings became interventions and included traveller lodges and interpretation centres. Khammash would also occasionally produce the content of a site, communicating its story via visuals and text for visitors.

He added, “But a lot of these people had to be retaught the craft of their grandfathers. Traditional architecture had been degraded so badly by then, that it was like birds forgetting how to build their nests. Look at the case of Hassan Fathy – he came too early and Egyptian society didn’t accept what he was doing because they didn’t want to go ‘backward’. They wanted anything to do with modernity.”

By the end of the 1990s, Khammash opened an office in Amman, and the firm started working on private residences, hotels and more nature conservation projects like Wild Jordan. Though these projects were more modern in terms of build technique – today’s technology is ‘beautiful’ he said – they were an extension of his earlier work and continued to reflect his various interests and studied disciplines.

“Our slogan is that the site is the architect,” he explained. “Which means that the site tells me how to build with light, wind, slope and topography. Are we looking at Kuwait or Cyprus? Northern Jordan or Iraq? And then you have to examine what material the site has surrounding it and what the town there has been using. How did they shape this material traditionally? So the site has the know-how and the history and the language; it has the answers you’re looking for. And the site includes the society and culture of the land you’re working with.”

“Often I think the site is much more beautiful before an architect touches it,” he added. “Many times, actually, architects ruin a site because sites are complex and they’ve been developing for millions of years – especially in Jordan. So this is the approach I use.”

Though his loyalties strongly lean toward the land itself, and maintaining a sort of honesty through his buildings, Khammash noted that he’s very specific in terms of where a project’s money goes. Buildings should age well, he thinks, and even if they deteriorate from time, wind and sun, they should crumble beautifully and with grace.

“I hate when a building drains the money of a client,” he said. “For a public building to come from a community’s hard work and then to keep taking from people’s taxes… Those buildings should be more sustainable. And they shouldn’t be too high-tech, they shouldn’t outsmart us. My problem with high-technology is that the building is working on a system that I didn’t even design. But I like hybrids – I use minimal sensors and so on, but they’re not in the front.”

Khammash Architects is now working on a number of projects, that, like their predecessors, combine history and tradition with intelligence and art. From a collaboration with Peter Zumthor in Jericho to a pedestrian bridge at the entrance of a nature reserve just east of the Dead Sea, the firm’s portfolio continues to expand while maintaining its focus on what started it all: the land itself and an honest ambition to support it.

“It’s exciting,” said Khammash about the bridge. “The way it touches the mountain… It’s tailored perfectly to interlock with the natural formations.”