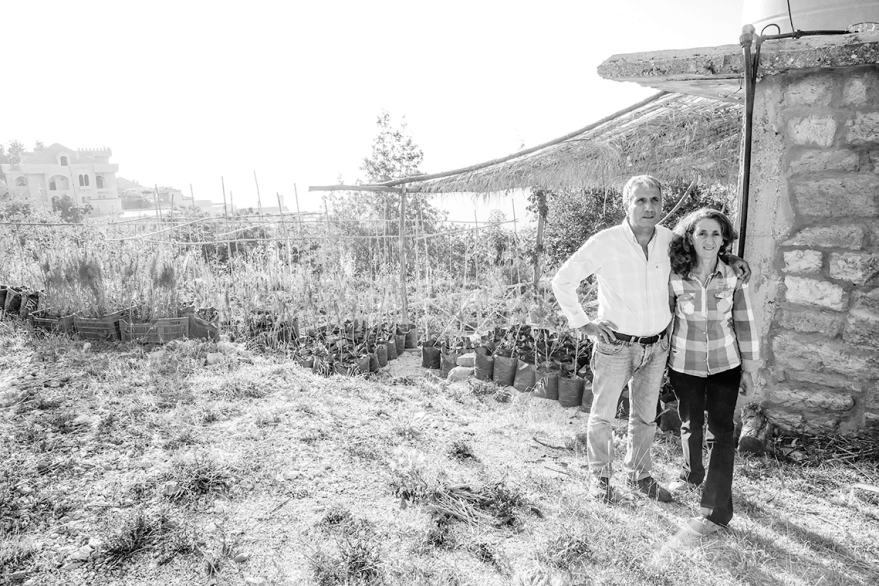 Turshi, takhlil, mouneh. There are many Arabic terms used to describe the region’s different preserving techniques, a process that in the past has provided much needed sustenance during long, harsh winters and sweltering, humid summers. Nowadays, it’s so common to supplement a meal with pickled vegetables in Middle Eastern cuisine that restaurants dress up empty tables with complementary plates of turshi. Whether made in-house or sourced from elsewhere, the pickled invitation is a commonly used one – often enticing even the most stubborn of customers.

Walid and Maysoun Nasserdin, the king and queen of organic mouneh in Mount Lebanon’s Chouf District, have learned to rely on their crafty culinary techniques, and opened their restaurant Coara in 2013. While the couple’s joint offers a vast menu of vegetarian goods, preserved vegetables from tomatoes to cabbage are also on sale. However, the bright pink pickled turnip – falafel’s partner in crime – is more of a family-only production.

Maysoun notes, ‘We like to pickle turnips, and we always include a chopped beetroot in the jar to make the vegetable turn pink. We don’t do large quantities, but if there’s a big order, we can do that. We mostly pickle for ourselves, while in Coara, we offer other forms of mouneh.’ 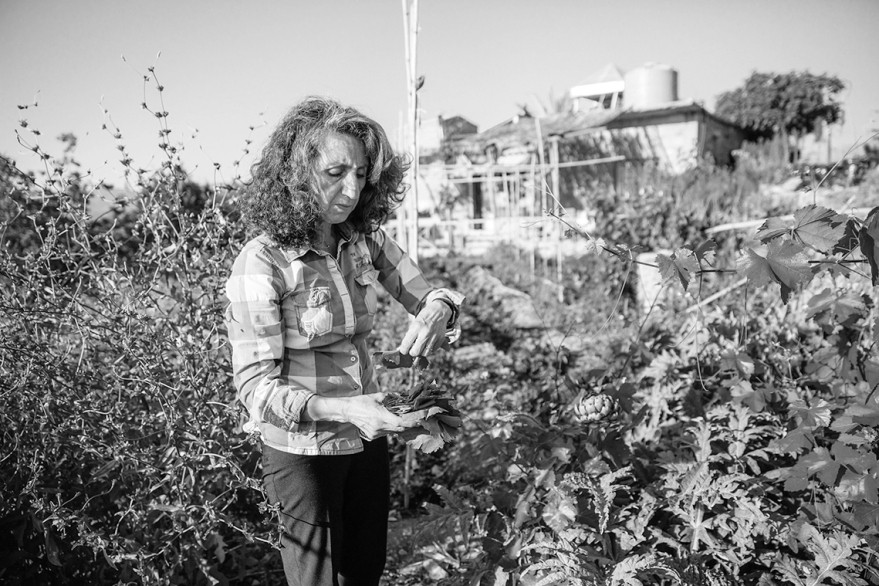 Organic food production is a modern-day trend, and the Nasserdins are local pioneers. In line with their culinary ideology, Maysoun explains that the mixture in her batches of pickled turnips only consists of turnip, beetroot, salt and water – no vinegar, a common component of pickling recipes. ‘The taste doesn’t change at all,’ she insists. ‘And I think that it tastes even better this way.’

She adds, ‘But we pickle everything, and everything is picklable. Some people even make vegetable cocktails. Our own specialty is that we only use salt water. It takes 10 to 15 days this way, and when you taste it, you don’t even notice that there’s no vinegar.’

However, for the average chef, pickling turnips is a more reliable process when using vinegar, and deciding on white or grape vinegar can be left up to preference. But salt remains the key to a perfect batch of pickled turnips. A fellow Lebanese pickler, Nada Saber, explains that the ‘amount of salt used in the water mixture needs to be perfect so the turnip doesn’t become soft. You have to prepare the ingredients in specific proportions, and each part needs to be exact.’

Pickled turnips are a favourite falafel topping across the Middle East, and the neon pink finger of turnip is a common staple found in most, if not all, falafel joints. While Saber loves the pickled vegetable (‘turnips are electrifying’), her family, like the Nasserdins, tend to pickle only for themselves, or for neighbouring families.

Maysoun and Walid are quite strict about their organic, vegetarian diet, and ensure that everything made and served at Coara follows their healthy lifestyles. From baked falafel to organic dried fruits (like strawberries and peaches), the Nasserdins are unyielding in their pursuit of better and better vegetarian solutions. 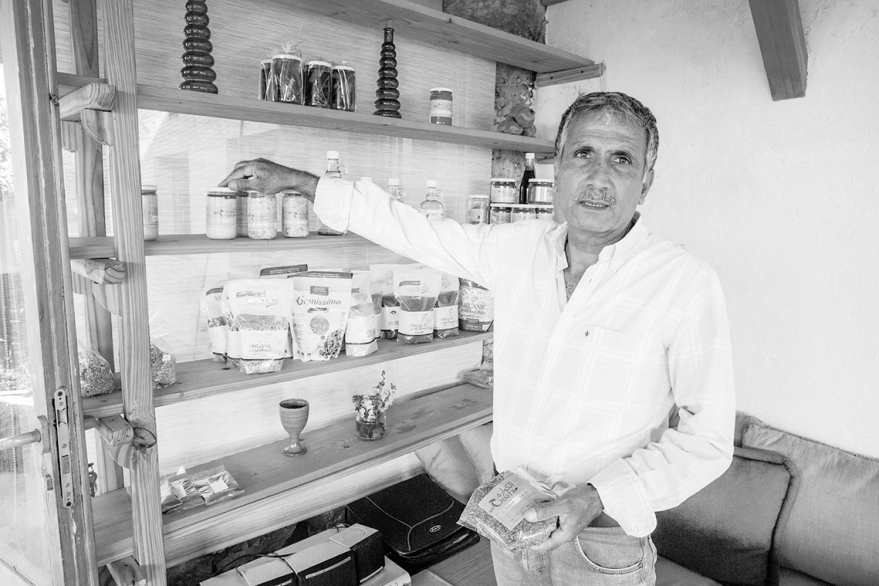 ‘We don’t spray the growing vegetables or use any chemicals,’ says Maysoun. ‘The vegetables come with certificates given by the organisations that monitor organic farmers. We began preserving foods in the early 2000s as a personal initiative between my husband and I. But then it grew from there. The workload is spread evenly between us – we don’t have specific tasks that we take care of, but he leans more towards the garden.’

The Nasserdins source many of their vegetables and fruits from a patch of land that’s located near their restaurant in Chouf. And while this humble garden doesn’t meet all the demands of the restaurant, Maysoun is happy reaching out to other Lebanese farmers – as long as they follow the Nasserdins’ dietary guidelines.

At the moment, the Nasserdins are on a mission to promote vegetarianism, and do so through the use of Coara’s kitchen. By tackling common Lebanese foods like shawarma sandwiches with meat substitutes, they’re looking to start a culinary revolution. ‘People are moving towards vegetarianism, but they’re afraid because they don’t know what to eat. But when they start trying different vegetarian diets, it has a huge impact, and people really like it. They’re open to new ideas.’

The older generation of picklers in Lebanon is concerned that the culinary tradition will soon be lost. According to Saber, younger generations are not pickling at all, and are instead falling into a ‘buy it, don’t raise it’ mentality. To fight this, many picklers are looking to pass on the practice to their children, by teaching recipes and techniques that help them stay in touch with local culture, wherever in the world they may be.

Maysoun says, ‘My kids all have scholarships and they went to study far away from us. They’re studying and working in unrelated fields, but I think that once they’re a bit older, they’ll come back. That’s what I hope for anyway. At the end of the day, it’s their lives and they’re free to live how they want, but I think they’ll join us.’

This article was originally published in the July/August 2015 issue of Brownbook magazine. Photo credit: Roland Ragi.